Canada Stockwatch – TransCanada Corporation (TSE:TRP, Mkt cap 38.68B, P/E 22.23, Div/yield 0.52/3.81, EPS 2.45, Shares 708.90M) has suffered a setback in its plans to have its Energy East pipeline up and running by 2018, after environmentalists successfully proved that a Cacouna export terminal on the south shore of the St. Lawrence River, Quebec, would harm whales in the river. 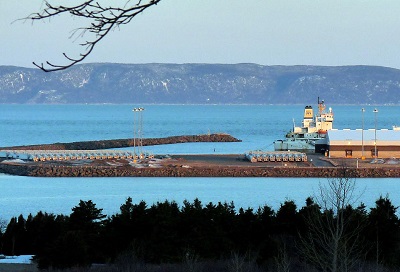 As Reuters reports, the C$12 billion ($9.5 billion) project is now scheduled for completion in 2020, with TransCanada announcing it is “evaluating other options” for a terminal in Quebec.

The Calgary-based company, which is also behind the much-debated Keystone XL pipeline, has enjoyed a fairly smooth passage with its Energy East project to date, but environmentalists are expected to up their campaign to have the development scrapped in the next couple of years.

Energy East is anticipated to generate TransCanada 1.1 million barrels of oil per day. The project ran into its first hurdle in December after experts said the Cacouna export terminal would harm beluga whales in the St. Lawrence River, near Riviere du Loup.

“This decision [to halt work on the terminal] is the result of the recommended change in status of the Beluga whales to endangered and ongoing discussions we have had with communities and key stakeholders,” TransCanada chief executive Russ Girling said in a statement.

Girling confirmed that refineries in Quebec and New Brunswick would still be connected to the pipeline, but the Cacouna decision could well intensify resistance to other areas of the project.

Andrea Harden-Donahue, energy and climate campaigner at the Council of Canadians, said: “Yes it’s a win, but ultimately the entire project needs to be scrapped.”

Cacouna was one of two export terminals outlined for the 4,600-kilometer (2,858-mile) line, with the second slated to be built at the pipeline’s terminus in Saint John, New Brunswick.

Despite environmentalist’s challenges to both Keystone XL and Energy East pipelines, TransCanada is a stable business. The company operates critical infrastructure, based on multi-year contracts. Importantly, these contracts do not expose TransCanada to commodity prices.

Even if the Keystone XL and Energy East projects are blocked, there are other ways TransCanada can invest its capital. The company has over $40 billion of commercially secured projects through the end of this decade.

TransCanada’s dividend yield is currently 3.9%. It has grown very consistently in the last decade. The company is committed to maintaining its growth.

We believe that clients should be fully aware of all fees associated with their investments.