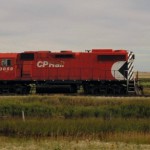 Once adjusted, the company earned C$2.26 a share, exceeding analysts’ expectations of C$2.17 a share, according to Thomson Reuters.

It also bettered analysts’ projections on revenue, which climbed by 10% to C$1.67 billion compared to a predicted figure of C$1.65 billion.

Calgary, Alberta-based CP was further boosted by news that its operating ratio – the percentage of revenue consumed by operating costs – dropped to 63.2% from 72% 12 months earlier.

There were some fears that the impact of lower prices for oil – the country’s biggest export – on the Canadian economy would send profits for the likes of CP southwards, but that doesn’t appear to have been the case.

During the first three months of the year, however, CP did note a 6% fall in crude oil-hauling revenue, but it managed to offset that with a 16% rise in grain-hauling revenue and a 29% climb for U.S. grain. Potash revenue, meanwhile, increased by 16% and fertilizers and sulfur revenue jumped 31%.

“CP’s success in the first quarter of the year is the result of hard work by its people and a business model that responds nimbly to any shift in economic conditions,” said E. Hunter Harrison, CP’s CEO. “CP’s relentless focus on rail safety and cost control has created a solid foundation for growth, innovation and creative collaboration with customers.”

We believe that clients gain from our focus on the long-term fundamentals and not chasing short-term trends.