In the wake of the 2008 – 2009 credit crises, central banks around the world did their utmost to stabilize markets and economies by various methods. The ultimate outcome was an extraordinary low interest rate environment throughout much of the world.

Now that these unfortunate events have started to recede into the past, much speculation has occurred as to the direction of interest rates going forward. 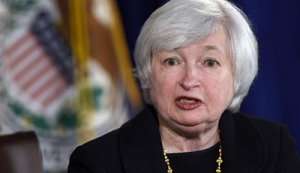 The Federal Reserve’s statement on Wednesday confirmed their commitment to maintaining the current low interest rate environment subsequent to the end of its Quantitative Easing (QE) program in October. Nevertheless, it is worthwhile to reflect on a couple of points. First, forecast of interest rates out to 2017 seemed to indicate a more rapid pace of expected increases than previously estimated. Secondly, investors generally ignored that central banks, including the Fed, have limited ability to influence longer-term bond and mortgage interest rates. Those rates are more strongly influenced by market forces.

If we consider the current interest rate picture, the stronger growth in the US does suggest that rates are likely to rise. In Canada, the decline in raw material demand and the coincident decline in the value of the Canadian dollar will likely act as a drag on domestic interest rates. That situation will continue at least until such time that either rate increases in the US start to have an impact or extraneous events impact financial markets.

Consider the various geopolitical factors at play in the global context. There is the lacklustre economic performance of Europe and the questionable fiscal strength of many southern European countries. There is also the potential of retaliatory pressure from Russia over EU plans to strengthen economic ties with the Ukraine. Russia is Europe’s major natural gas supplier. Currently European sovereign interest rates are extremely low. Italian and Spanish ten-year yields at 2.4% and 2.3% respectively are actually lower than equivalent US treasuries rates. To be fair, Greek bonds at 5.7% and German ones at 1.1% are well outside this range. Still, one needs to entertain the notion that perhaps such low rates do not fully reflect the true potential risk associated with those sovereign credits.

The US, although rejecting broader involvement, is nevertheless inexorably drawn into the Middle East vortex that has been spreading now with the extremist actions of ISIS. Despite protestations to the contrary, one cannot but wonder as to how much this renewed counter terrorism push will cost in lives and treasure. We doubt that US deficits will decline in the foreseeable future!

All this to say, interest rate pressures will be increasing over the coming months and years unless of course the world economy slides back into a recession or that some geopolitical catastrophy results in the now customary flight to quality into US Treasuries, and to a lesser extent Canadian government bonds.