“The job of the Central Bank is to worry.” ~ Alice Rivlin

Economic indicators continued to signal a modest, but steady improvement in the US. This will allow the Federal Reserve to continue with its phasing out the Quantitative Easing program in October. In the statement released subsequent to the September 16 / 17 FOMC (Federal Open Market Committee) meeting, it was indicated that they expected a more rapid increase in interest rates looking out to 2017. 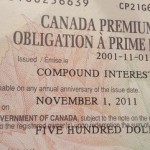 At the same time, European conditions are less rosy. There have been ongoing concerns about the spotty economic recovery and fears about the possibility of deflation manifesting itself. European Central Banker Draghi has vowed to ensure that adequate liquidity and stimulus will be available. This potentially pro inflationary stance, while understandable from the perspective of mitigating the risk of deflation, is fundamentally opposed by Germany given their painful historical experience with out of control inflation.

In Canada, the neutral language from the Bank of Canada regarding interest rates has combined with a modest rise in inflation to feed the erosion in the value of the Canadian dollar. Low interest rates have been fuelling growth in consumer debt and driving increasing house prices, especially in the hot Toronto and Vancouver markets. This has even gained the attention of the IMF, which expressed its concerns.

The various economic cross currents have left politicians and central bankers in a sticky situation. On one hand, they clearly do not want to increase interest rates in an uncontrolled manner that would choke off the uneven recovery. On the other hand, higher rates would tame debt growth and likely introduce some inflation that would allow them to retire debt with a devalued currency in the future. Of course monetary policy is not a precise tool and caution is warranted.

An issue that concerns us is the fundamental disconnect between investors reaching for yield by investing in potentially ever more risky investments. Italian and Spanish ten-year bonds for example are yielding less than equivalent US Treasuries. Similar distorted valuations are evident in high yield corporate bonds also. One needs to reflect on the question that perhaps investors are being lulled into a false sense of security and risk is once again being mispriced.

The total return performance of the bond market as measured by the FTSE TMX Canada Universe Bond Index (formerly DEX Universe Bond Index) for the second quarter was an increase of 1.1%. The benchmark ten-year Government of Canada bond yield remained unchanged at 2.2%. Over the course of the quarter the Canadian dollar declined by 4.4 cents from 93.7 cents US to 89.3 cents US.

You can view our equity market commentary here>>
You can view and download a complementary copy of our complete Third Quarter Retrospective and Prospective here: