“Nothing is so unbelievable that oratory cannot make it acceptable.”- Cicero 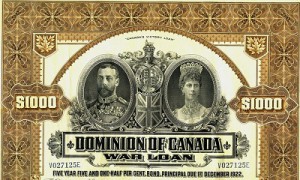 Bonds and fixed income markets (after a negative second quarter,) continued their slow grind towards higher rates until the Federal Reserve postponed its tapering program causing what is expected to be a temporary reversal.  As a result, bonds were essentially flat in the quarter.

The initial reaction to the continuation of the “quantitative easing” program may have been positive but on further reflection, the implications are less rosy. The delay on tapering the stimulus may imply that the Federal Reserve considers the economy weaker than the market participants.  In any case, their lack of action after the buildup in anticipation, eroded that most precious commodity of central bankers – credibility. In our view, a modest reduction in the level of bond buying would have satisfied both the expectations of market participants, while having no meaningful negative impact on the economy.

The European situation seems to have settled down with modest economic improvements becoming evident. Still, high unemployment and crushing levels of debt remain and will have to be dealth with. In the meantime, another round of bailout for Greece will have to be decided on in November.

Germany’s leadership in this stabilization process was once again confirmed with Mrs. Merkel’s recent electoral success. Nevertheless, she is faced with crafting a coalition that may be less ameanable to her goals of extending continued support for Germany’s less stable Euro partners.

At quarter-end the spectacle of the US legislative process’s inability to come to terms with crafting a budget was faced by the market. It is likely that after further posturing some form of agreement will eventually be reached. Nevertheless, it is extremely unlikely that  both parties will agree to deal with the ongoing  deficits that continue to accumulate, in a meaningful manner.

It would appear that only some massive external shock will focus the attention of legislators on dealing with debt and deficits. Whether the reduction this summer in Japanese and Chinese purchases of US Treasury securities is an early warning sign or just a blip in international investment flows, remains to be seen.

The total return performance of the bond market as measured by the DEX Universe Index for the third quarter was a minimal gain of 0.1%. The benchmark ten-year Government of Canada bond yield increased by 0.1%, to 2.5%.

Does your portfolio contain investments or speculative bets? We are pleased to offer qualified* investors our free portfolio review. It will help you to understand if your portfolio matches your personal risk tolerance. Ask us how>>

*Canadian residents with a minimum $500,000 portfolio.