“An economist’s guess is liable to be as good as anybody else’s.” ~ Will Rogers

Globally, fixed income markets were being affected by contradictory policy initiatives in differing jurisdictions. The European Central Bank (ECB) has been expressing concerns regarding the potential for a deflationary cycle taking hold with glimmers similar to the Japanese experience that resulted in an extended period of economic stagnation. They reacted by imposing a negative interest rate on banks depositing funds with the ECB, thereby attempting to stimulate commercial bank lending as this would be more attractive than paying to have money on deposit. 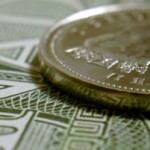 Bonds – the Canadian fixed income market continued to build on the performance of the previous quarter despite the turbulent crosscurrents.

On the other hand, in the UK, Governor Carney warned that contrary to the European concerns of deflation, perhaps inflationary pressures are starting to manifest themselves, which would imply the necessity of an increase in rates sooner than expected. Of course, in the best tradition of central bankers, he hedged his bets by noting that this would be “data dependent”.

In the US, musings by the Federal Reserve implied that while rates can be expected to stay low in the near term, the reduction in their bond-buying program would be finished by year-end, after which interest rate increases might occur within six months.

While these divergent concerns of interest rate direction were being discussed, the geopolitical climate continued to deteriorate. Despite a ceasefire in the Ukraine, tensions continued to promote the regional polarization of armed pro-Ukrainian and pro-Russian factions. This situation is perhaps further from a permanent, peaceful solution than ever.

During the quarter, Iraq followed Syria’s lead into a sectarian vortex of instability. These conditions prompted the US and Iran to put aside their decades old differences and hold talks in an attempt to stabilize this situation. Unfortunately, it may be too late and expectations are that continued chaos will reign. The fallout will continue to affect international oil and financial markets.

The current low interest rate environment had resulted in yield hungry investors chasing ever more risky securities, which by virtue of the increased demand are yielding ever-lower returns. Clearly investors are becoming more risk tolerant, or perhaps are able to delude themselves that “this time it is different”, which generally is a recipe for unpleasant outcomes.

The total return performance of the bond market as measured by the DEX Universe Index for the second quarter was an increase of 2.0%. The benchmark ten-year Government of Canada bond yield decreased by 0.3%, to 2.2%.

You can read our second quarter equity market commentary here>>