Bonds – the benchmark ten-year Government of Canada bond yield declined by 0.4% to end the quarter at 1.4%.

“Facts are stubborn, but statistics are more pliable.” ~ Mark Twain 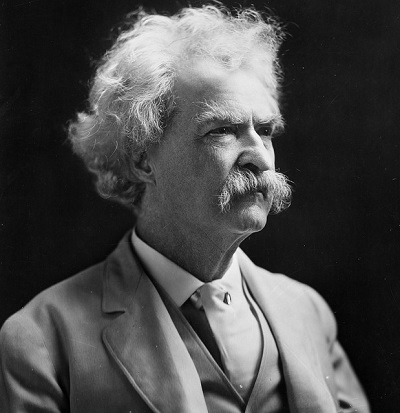 Mark Twain: “Facts are stubborn, but statistics are more pliable.”

Bond markets continued to develop a split personality. In the US a consensus seems to be building towards a June rate hike by the Fed. Of course this is being hedged in various pronouncements and realistically it will depend on whether economic data continues to show improvements and whether inflation convincingly rises from the current near zero level.

In Europe on the other hand, concerns have been building about deflation where in a number of countries at least some debt instruments now carry a negative yield. This effectively requires investors to pay up for the safety of having high quality government debt instead of more questionable bank deposits. In addition the seemingly never ending wrangling with Greece about debt repayments vs. further demands for loans and / or some sort of restructuring doesn’t seem to be ending.

Layered on this has been the issue of geopolitical events that seem to be spinning out of control as the middle eastern instability seems to be sucking in ever more countries and players. While aerial bombardment and support for anti ISIL fighters has contained their military advance in Iraq, other offshoots seemed to have spread to Libya and Yemen. The recent military action by Saudi Arabia in Yemen has brought yet another player into the fray.

At the same time, the nuclear non proliferation talks with Iran seem to have been progressing at a somewhat unsatisfactory manner without a clear, comprehensive, agreement in sight. Realistically the best that seemingly can be expected is an agreement that may slow down their development of nuclear weapons, but not halt it permanently. This of course translates into a political kicking of the can down the road to be dealt with at another time by another set of politicians, or more darkly, by military action.

In Canada the precipitous decline in oil prices has not only had its negative effects on Alberta, but has had a spreading impact on other sectors of the economy. In line with this, Bank of Canada governor Poloz has warned about the likely “atrocious” first quarter economic performance. Central bank governors generally fall into one of two categories. Either they speak in riddles and keep markets guessing so that any direct pronouncements or interest rate actions have that much more impact, or the kind that gives clear indications as to what the Bank thinks, what are their concerns so that market participants can take into consideration when formulating their views on the direction of the economy and monetary policy. Both of these approaches have their successful practitioners, and either is defensible. What is needed though is consistency. Mr. Poloz does not seem to be able to make up his mind as to which row to hoe. His surprise January rate cut was unexpected, his atrocious comment was trying to be clear and forthcoming. The market’s expectation is for another rate cut this year.

The total return performance of the bond market as measured by the FTSE TMX Canada Universe Bond Index (formerly DEX Universe Bond Index) for the first quarter was an increase of 4.2%. The benchmark ten-year Government of Canada bond yield declined by 0.4% to end the quarter at 1.4%. Over the course of the quarter the Canadian dollar declined by 7.2 cents from 86.2 cents US to 79.0 cents US.

You can read our first quarter market commentary here>>

You can also read and download our quarterly market commentary here:

We believe that investors benefit from an independent investment manager who acts in their best interest.