We are in reactionary times.  Investors are hypersensitive to pronouncements from the Federal Reserve and the release of economic data.  As a result of these often conflicting signals, market volatility will continue to be exacerbated as investors strive to discern the direction of the recovery.  During this period, investors should be prepared to invest in financially strong firms that will thrive as the recovery gains momentum over the next year.

The Canadian Imperial Bank of Commerce is the fifth largest Canadian bank by deposits. The bank’s two strategic business units, CIBC World Markets and CIBC Retail Markets, also have international operations in the United States, the Caribbean, Asia and the United Kingdom. The company ranks at number 172 on the Forbes Global 2000 listing. CIBC was named the strongest bank in Canada and North America, and the 3rd strongest bank in the world, by Bloomberg Markets magazine, in May 2012.

Despite its industry high profitability and strong capital base, the stock has been lagging its peers of late.  While much of the market’s focus has been on growth in the US, CM’s attributes have been overlooked or misunderstood.  The stock represents good value at current levels with the potential to increase dividends in the future.

Churchill is recovering from the severe impact of a number of major cost overruns in projects following the Seacliff acquisition in 2010.  As those projects wind down, margins will start to improve.  David LeMay, CEO, is very operationally focused.  The balance sheet is strong enough to carry the dividend throughout this period. 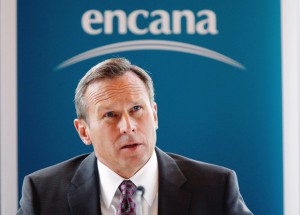 Encana Corporation is the third largest natural gas producer in North America. ECA’s operations include the transportation and marketing of natural gas, oil and natural gas liquids (NGLs). Encana’s Canadian Division includes the exploration for, development of, and production of natural gas, oil and NGLs and other related activities within Canada. The company’s USA Division carries out the same activities within the United States. During 2011, the Company sold its North Texas natural gas producing assets. During 2011, the Company acquired a 30% interest in the Kitimat liquefied natural gas (LNG) export terminal in British Columbia.

While investors have been shunning natural gas stocks, Encana has been particularly hard hit as a number of large players have exited the exposure.  ECA is the 3rd largest natural gas producer in North America.  ECA has enviable positions in key emerging plays such as Montney, Horn River and Duvernay in Canada and Tuscaloosa, Eaglebine, San Juan, and Utica in the US.  Doug Suttles, ECA’s new CEO will be focused on efficient allocation of capital to  higher return projects than was previously the case.