Global markets were mixed in the second quarter of 2017. The US market recorded another positive quarter, albeit half as robust as the prior quarter. European markets managed to eke out a modestly positive quarter in spite of a large decline in June following the inconclusive UK election. Asian markets were very strong due to trade in information technology and a positive election result in South Korea. Resource heavy markets such as those of Latin America, Australia and Canada were not as fortunate and generally posted negative returns in the quarter. 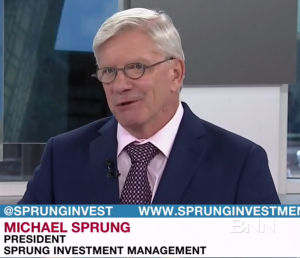 Towards the end of the quarter, the Central Banks in Canada, Europe and the US were taking a more hawkish tone insofar as hinting that economic conditions have improved to the point where interest rates may be raised in the near future. It remains to be seen how the economies may react to rising rates. Recessions are more often than not predated by rising interest rates.

As we enter the third quarter, investors are focusing on the the global trade dynamics. The US has made it clear that they are not happy with the current terms of trade worldwide. Europe is also facing negotiations with Britain on trade policies as their departure from the European Union nears. The recovery since the end of the last financial crisis ten years ago has been slow and tepid while the duration has been much longer than most. Markets have generally performed very well throughout the period without a major correction. In fact, it has been over a year since we have seen a 5% pullback. Given all of the dynamics of rising rates, trade policies and othe geopolitical issues, we would suggest that this is a time to be very cautious.

Royal Bank of Canada, RY, Owned personally and by clients, Last purchase September 16, 2016, $74.45
The Royal Bank is Canada's largest financial institution that ranks within the largest twenty banks in the world with extensive domestic and wealth operations as well as global banking, capital markets, custody and brokerage networks. Highly profitable domestic operations are funding both domestic and global expansion as well as greater returns to shareholders. At current prices, the stock carries a yield of 3.7%

Encana Corp, ECA, Owned by clients, Last purchase September 15, 2016, $12.70
Encana is a leading North American energy producer focused on a diverse portfolio of resource plays producing natural gas, oil and natural gas liquids. Over the past four years, Encana has improved operational efficiencies, focused on capital allocation and costs and carried out over $20 billion in acquisitions and divestitures. The asset base has been significantly upgraded and the balance shhet is stronger. Over the next five years, Encana has ambitious goals to increase production and profitability. Much has been accomplished to reposition the firm to compete in a lower pricing environment.

AGT Food and Ingredients, AGT, Owned personally and by clients, Last purchase December 12, 2014, $26.50
AGT is a leader in pulse processing for export and domestic markets.  The company has had notable success in diversifying into food ingredients, an area that is facing increasing global demand. AGT has been expanding its pulse handling and food ingredient production capability. India has extended, for the fifth time,  AGT's ability to import wheat/pulses to December 31. While pulse markets have been less robust than anticipated thus far in 2017, this is a short term issue. As the market normalizes and management exploits opportunities in bulk handling and food, we anticipate that the stock will recover and prosper.