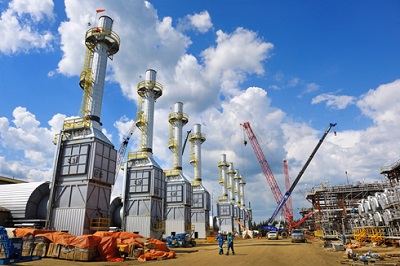 Operating loss, which excludes most one-time items, fell by more than a quarter to $438 million, or 53 Canadian cents per share.

Analysts on average were expecting a loss of 20 Canadian cents per share, according to Thomson Reuters I/B/E/S.

In attempt to shore up finances, the Canadian company announced a fresh round of cuts to its quarterly dividend, 2016 capital budget and workforce.

The “extremely challenging oil price environment” has seen Cenovus strive to cut costs in the last 18 months and it has now said it will lower spending at its Foster Creek and Christina Lake oil sands projects in Alberta in order to see off incessantly falling prices.

While Alberta’s vast oil sand deposits are the world’s third-largest crude reserves, they are more expensive to operate in than conventional oil fields.

The cut in 2016 capital spending by $200-$300 million to $1.2-$1.3 billion is the second time Cenovus has had to adjust its budget, while it also plans to reduce spending on its emerging oil sands assets and its conventional oil business.

The firm was quick to add, however, that the latest capital spending reductions would have “minimal impact” on its oil sands production, and saw no reason to alter its initial forecast of 144,000-157,000 barrels per day on a net basis.

Cenovus, which sold its oil and gas royalty properties to Ontario Teachers’ Pension Plan for about $3.3 billion last year, confirmed plans to further reduce its workforce, although it wouldn’t be drawn on an exact figure.

It also said it would cut its current-quarter dividend by 69% to 5 Canadian cents per share.

Cenovus Energy Inc. is a Calgary, Alberta based oil company. Cenovus in the business of developing, producing and marketing crude oil, natural gas liquids (NGLs) and natural gas in Canada with refining operations in the United States. It operates four business segments: Oil Sands segment, engaged in the development and production of Cenovus’s bitumen assets at Foster Creek, Christina Lake and Narrows Lake, as well as projects in the early-stages of development, such as Grand Rapids and Telephone Lake, and Athabasca natural gas assets; Conventional segment, engaged in the development and production of conventional crude oil, NGLs and natural gas in Alberta and Saskatchewan, including the heavy oil assets at Pelican Lake; Refining and Marketing segment, engaged in the transporting, selling and refining crude oil into petroleum and chemical products, and Corporate and Eliminations segment.