Interested investors may wish to pursue a greater understanding of investment fundamentals. The following investing books have made a major contribution to the investment community and have been instrumental in the development of the investment philosophy employed at Sprung Investment Management.

You can read our earlier reviews here>>

How can we get people to make better decisions, or at least decisions that are better for their well-being? This is the essence of Nudge. Drawing on decades of research in the fields of behavioral science and economics, authors Richard H. Thaler and Cass R. Sunstein offer a new perspective on preventing the countless mistakes we make, such as ill-advised personal investments, consumption of unhealthy foods, neglect of our natural resources. Beware, this book has the attention of government agencies and departments that will apply these concepts to orchestrate behaviour deemed beneficial to their ends. An entertaining read with some valuable insights. 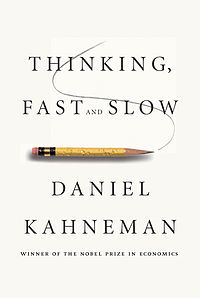 Two systems drive the way we think and make choices, Kahneman explains: System One is fast, intuitive, and emotional; System Two is slower, more deliberative, and more logical. Examining how both systems function within the mind, Kahneman exposes the extraordinary capabilities as well as the biases of fast thinking and the pervasive influence of intuitive impressions on our thoughts and our choices. Engaging the reader in a lively conversation about how we think, he shows where we can trust our intuitions and how we can tap into the benefits of slow thinking, contrasting the two-system view of the mind with the standard model of the rational economic agent.

This book will change the way you think about thinking.

So, you thought Wall Street was solely responsible for the economic calamity of 2008?

In Reckless Endangerment, Gretchen Morgenson, Pulitzer Prize-winning columnist of The New York Times, exposes how the watchdogs who were supposed to protect the country from financial harm were actually complicit in the actions that finally blew up the American economy. Morgenson and Rosner draw back the curtain on Fannie Mae, the mortgage-finance giant that grew, with the support of the Clinton administration, through the 1990s, becoming a major opponent of government oversight even as it was benefiting from public subsidies. They expose the role played not only by Fannie Mae executives but also by enablers at Countrywide Financial, Goldman Sachs, the Federal Reserve, HUD, Congress, the FDIC, and the biggest players on Wall Street, to show how greed, aggression, and fear led countless officials to ignore warning signs of an imminent disaster. One of the Economist’s 2011 Book of the Year, this is the one account of the financial crisis you must read.

Nassim Nicholas Taleb, author of The Black Swan (See 12), picks up from the concepts of his previous work to reveal how to thrive in an uncertain world. What Taleb calls “antifragile” is that category of things that not only gain from chaos, but need it in order to survive and flourish. In The Black Swan, Taleb showed us that highly improbable and unpredictable events underlie almost everything about our world. In Antifragile, Taleb stands uncertainty on its head, making it desirable, even necessary, and proposes that things be built in an antifragile manner. The antifragile is beyond the resilient or robust. The resilient resists shocks and stays the same; the antifragile gets better and better.

Antifragile corrects many of the misinterpretations some people construes from The Black Swan.