In a statement announcing its decision last week, the Bank of Canada said it was seeing reassuring signs in the local economy and globally. It also noted, however, that inflation was still too low to change its stance that the pace of recovery remains fragile and that the economy needs the monetary policy stimulus currently in place. 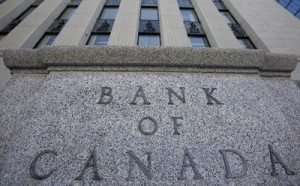 The central bank considers that Canada’s economic growth is moving in line with the guidance reflected in its Monetary Policy reports issued in October and July this year. However, it pointed out that while the third-quarter improvement of 2.7% in the country’s gross domestic product (GDP) was higher than forecast, its composition did not show signs of rebalancing towards exports and investment.

Growth in the housing sector was also more substantial than predicted earlier, but the rate reflected revised demographic data and more people buying homes as a result of improved financing conditions. This prompted the bank to reiterate its projection for a “soft landing” in the market.

At the same time, the inflation rate has dipped further below the Bank of Canada’s 2% target, driven by excess supply and by fierce competition in the retail sector, coupled with the drop in gasoline costs.

The Bank of Canada is due to release its next rate announcement on 22 January 2014.

Despite the Bank of Canada continuing to holding rates steady, the DEX Universal Bond Index is down by a full percentage point, year-to-date. This suggests that the market is expecting higher rates sooner rather than later. Fixed-income investors should avoid long-term bonds and focus on defensive high quality short-term issues.