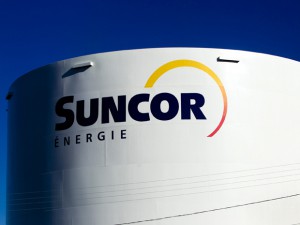 At the time Suncor’s hostile bid had expired on Friday (Jan. 8), the Calgary-based firm had managed to convince less than half of Canadian Oil Sands shareholders, according to a source familiar with the tendering process quoted by The Globe and Mail.

While a Suncor spokesperson declined to comment and Canadian Oil Sands could not immediately be reached, the informed source said: “It’s clear shareholders have rejected the offer.”

Suncor had initially offered 0.25 of a Suncor share for each Canadian Oil Sands share, leading the market to bet “that there is a good chance that it doesn’t go through,” Bank of Montreal oil analyst Randy Ollenberger told The Globe and Mail in an e-mail.

At close of play Friday, Canadian Oil Sands shares were at $7.47 on the Toronto Stock Exchange, or roughly 11% below the implied value of $8.31 of Suncor’s offer, prompting analysts to cast further doubt on the likelihood of a deal.

Much of that doubt likely rests on the fact that Suncor will need to sweeten its bid in order to reach a positive conclusion – something its chief executive officer Steve Williams has so far resisted.

Williams has said previously that weak crude prices will mean that Canadian Oil Sands will find it hard to reverse recent cuts to its dividend, as well as warning that a rejection of the bid could result in a collapse in the shares.

Suncor Energy Inc. is a Calgary, Alberta based integrated energy company. The Company is focused on developing Canada’s petroleum resource basin, Athabasca oil sands. The Company operates in three business segments: Oil Sands, Exploration and Production, and Refining and Marketing. The Company’s Oil Sands segment includes Oil Sands operations and Oil Sands ventures operations. Its Exploration and Production segment consists of offshore operations off the east coast of Canada and in the North Sea, and onshore assets in North America, Libya and Syria. The Company’s Refining and Marketing segment is engaged in Refining and Supply, and Downstream Marketing. In addition, the Company explores, for, acquires, develops, produces and markets crude oil and natural gas in Canada and internationally. The Company also transports and refines crude oil, and markets petroleum and petrochemical products primarily in Canada. More from Reuters »